A fan is a pretty simple device. It blows air and it osculates.

It has very few working parts aside  from what speed to run it on,

and a lever to keep the air moving in one direction or going from side to side across a wider area.

But once in a while you’ll find something you’re not used to looking at on the fan.

And that’s something in this article is an ionizer setting. What does ionizer mean on a fan?

Ion stands for ionizer or negative ion generator. an ionizer on a fan is there to help clean the air as it is cooling the air.

Ionizers emit negative ions into the air stream as a means of purifying the air of contaminants such as pollen, pet dander, dust mites, and mold spores, etc.

How does an air ionizer work?

Polarity. When negative ions are emitted into the air, they automatically,  through polarity, attract the positive ions in the air.

When the negative and positive ions snap together to become one,  they trap whatever pollution that is present in the air together with them into a cluster of ion’s and airborne pollutants.

This newly-formed particle is too heavy to float so as a result, it falls to the surface and out of the ambient air that you breathe. 123 knockout.

is the most popular fan with an ion setting. Nice fans. You can check them out here.

Negative ions also have the reputation of creating a freshness in the air. There are even claims that having an overabundance of negative ions in a room can create a feeling of well being.

The atmosphere that an overabundance of negative ions create can be compared to the after a thunderstorm feeling where everything is light and calm.

Negative ion generators are notorious for leaving the area around the ionizer dusty.

There is a term for it. “Grey wall syndrome”.

Because the walls tend to get the brunt of it.

Also anything that is already magnetized with static like a TV screen will attract the newly-formed dust particles more heavily.

And also the ionizer itself also can get super dusty. Which adds to the point that not only will you need to dust more often to keep the dust down, the ionizer will be less effective if it’s not kept clean so that the ions can freely leave the machine without being obstructed. Ionizing fans are not dangerous because they do not create enough ozone to be so. And any ozone they create, dissipates quickly because it is blown away by the fan.

Ionic purifiers or ionizers are also notorious for creating ozone as a by-product.

You may have heard someone say or even said it yourself, that the air purifier has a weird smell. That smell is probably ozone.

“If you haven’t seen it yet“, the
Clarifion Portable Plug-in Travel Air Ionizer
is a pretty sweet gadget that is getting a ton of great reviews. You can see it here.

Ozone is said to have a fresh, after a thunderstorm scent. But some have described it as a pungent, antiseptic smell, similar to bleach.

Ozone oxidizes practically anything it comes in contact with including lung tissue. That is why it is dangerous to breathe substantial amounts of ozone.

Ionizers have been called out by the EPA because even though most create a very low level of ozone, even a small amount of ozone that is not regulated by making sure the level of ozone is compatible with the room size can be dangerous.
And since you cannot regulate how a consumer uses an ozone device once they have it in their possession, it poses a risk.

Ionizing fans have a very small needlepoint ionizer that creates little to no ozone. The machine is in no way considered an ozone generator and the product specifications do not indicate any level of ozone being created.

Ozone at a large level will dissipate on its own in about 30 minutes. And that’s without a fan.

With a fan built in, like on an ionizing fan, ozone does not have any chance of sticking around at any level that can be considered dangerous.

Verdict: Ionizing fans are safe to use. Unfortunately fan ionizers are limited both as a fan and as an ionizer.

They are limited as an ionizer because:

Ionic air purifiers usually do not come with a fan or if they do it’s a very small fan comparable to the fan on a computer.

Generating negative ions and then blowing them across the room with a regular sized fan is not a technique that works for spreading delicate ions through an area.

Most will dissipate very fast when the fan hits them and do very little good to rid the air of contaminants.

Negative ion generators work best at cleaning the air directly around the air machine. Most do not recommend trying to clean an area more than a hundred or a 150 square feet. And that’s the absolute optimal.

That is one reason why personal wearable ionizers are popular because they ionize the air directly around your face and mouth. They are very small and meant only as a means of purifying the air directly in front of your face so that you are breathing in clean air.

is the leading personal wearable air purifier on the market using cutting-edge technology to emit negative ions and push pollutants away from your breathing zone. See Reviews Here.

2.  Ionizing fans do not work great as a fan either because the lower speed settings are slower than typical standing fans to try to accommodate the short life of ions.

But even as at lower speeds, as stated before, ions dissipate much too quickly for a tower fan to work well as an ionizer,

And the lower speeds make the fan less effective at cooling air.

My opinion is that some technologies do not work particularly well together and two of those technologies that maybe should not be paired are ionizers and standing fans.

In both cases it would be much better to pick a machine based on its strengths.

There are some amazing air purifiers that clean up to 99% of airborne dust, pollen, dander, dust mites, odors and even viruses.

Likewise there are some really awesome fans available; they can create layers of airflow one upon another and effectively move across a large area without too much noise. There are different settings on a fan that you may not recognize off
hand. The ion button may be one of them.

The ion button on a fan is there to engage a negative ionizer feature.

Ionizers are devices that clean the air by emitting negative ions. And through polarity creating dust particles that are too heavy to float.

Unfortunately the nature of ions as being very delicate make the use of an ionizing fan less-than-ideal for not only cleaning the air but for cooling the air either.

Though there is no danger posed by using the ionizer on a fan, there is also only a minimal amount of benefit that you can get from using an ionizer on a standing fan.

Air ionizers and tower fans are not two devices; they can be paired together to make a better machine. 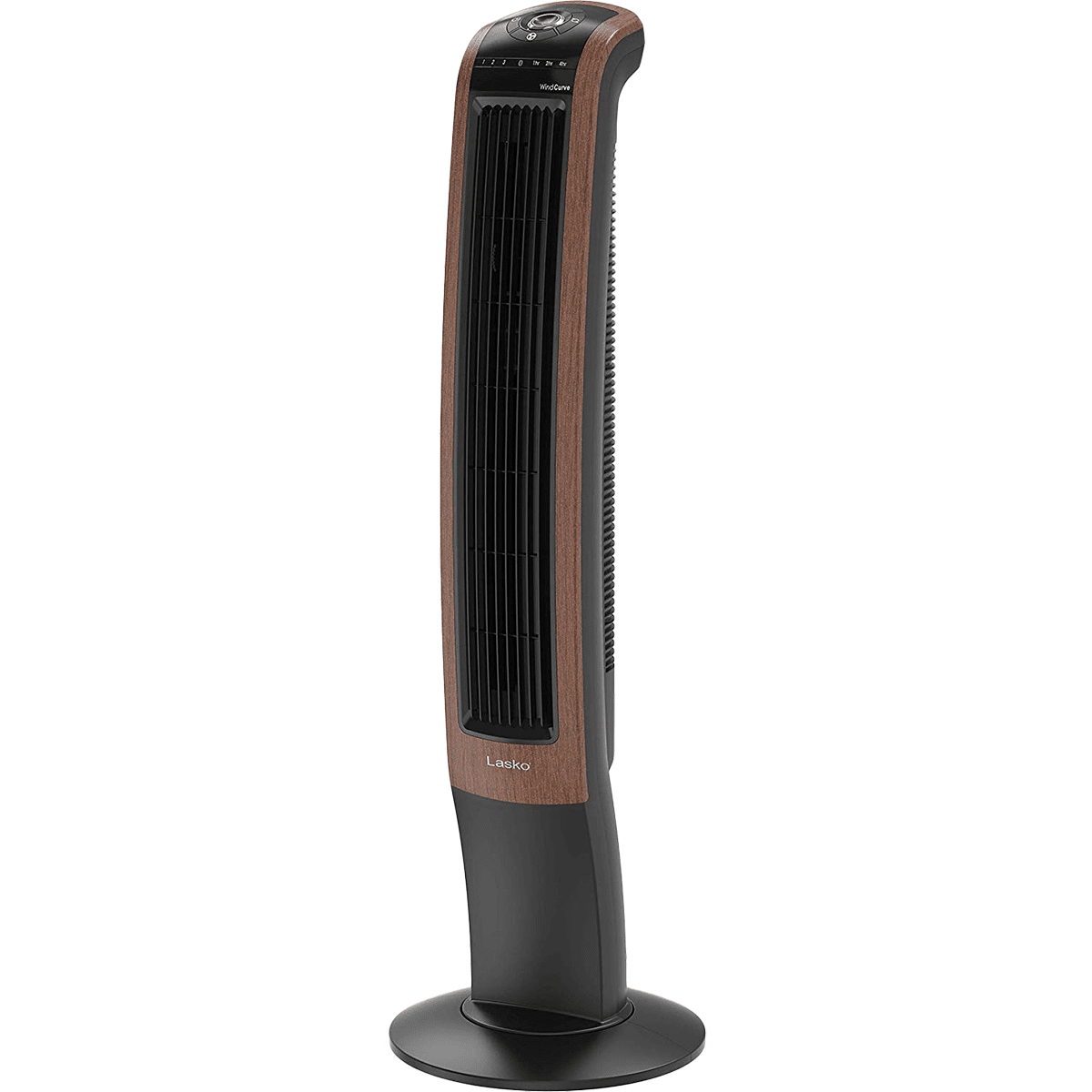 “knocks it out of the park.”